Our last couple of months 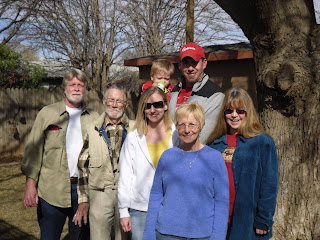 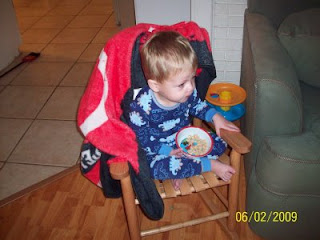 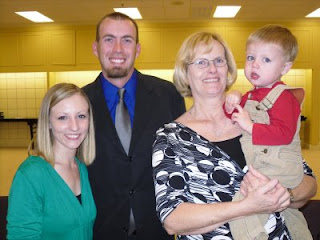 Well, I must admit it has been a while since I last blogged. Life just doesn't seem to leave me enough time in a day. We have had wonderful last couple of months it has been family filled and fun. First, Lynn (my mom-in-law) came to see us. She hadn't seen Parker in a year but he didn't let that stop him from conning her into anything and almost everything he wanted. He was thoroughly involved with "Mamaw and Arker B" time...which is what he calls her and himself. It was nice to see her and I must admit I really kinda miss her. She did laundry (I feel like it was almost the entire time she was here!) Cooked, cleaned, entertained the boys (yes both, a trip to Toys R' Us will do that) and ran all of my errands for me. She left on Friday night and then Wednesday my Aunt and Uncle from St. Louis came for a week. It was also nice to see them but I must admit I am enjoying my alone time again. (What TINY little bit I have). Also, Gordon is officially back in town (yes he moved his trailer FULL of stuff back home...along with the laundry bag if that tells you how official it really is).

So things are getting back to normal. I am still trudging through school and loving (almost) every minute of it. This semester is filled with my days of actually spending time with students and I am LOVING every minute of it. On the off chance of sounding a bit like Ed this is my passion, it is what I was meant to do! Also, in the midst of all of this somehow my baby boy has turned 2. It is crazy to think he could be 2, but alas I guess he is! He is also acting 2 (yes fits involved which include but are not limited to kicking, screaming and throwing anything that it is near). He has also added quite a few new words to the vocabulary, as well as some choice phrases. He LOVES to mimic anything you say, so that has been fun. He told Snoopy, our dog yesterday that he was"a stinker" which is what my Aunt has been calling Parker. It was pretty funny actually.

Then this morning I get am sleeping soundly in my bed and I hear a door slam. Of course this really scared me because Gordon was gone and Parker was sleeping, or so I thought! So I jump out of bed and run around the house as fast as I can (with cell phone in hand and 9-1-1 already dialed so as I come upon anything or anyone in the house I can merely push send.) After a thorough investigation of the house nothing seems to be amiss, aside from the dog missing. So I go back to my bedroom and sit on the bed wondering what in the world was going one when I hear laughing on the monitor. So I go to open Parker's bedroom door and it is locked! (MUCH to my surprise!) So I get a penny (yes they're the easy to open ones, SMART thinking on my hubby's part) and open the door. The dog is sitting in the middle of Parker's bedroom while Parker is running cars all over him and making car noises. Parker looks up at me and says what sounds like to me Mornin mama. It was pretty funny, but this whole situation scares me, because this means that not only can Parker can climb out of bed, (which he has done before, so no surprise there) but now he can open his door and lock it as well. I guess the good news is the dog was entertaining him in his own room and he was not wondering around the house doing who knows what. I guess next he'll be serving his own breakfast and turning the cartoons on Saturday mornings. Where does the time all go? So anyway, now that we are all officially caught up on my life I hope everyone has a wonderful weekend!
Posted by Gordy and Ruth at 8:17 PM